Cruises Out of the Pacific Northwest: Seattle & Tacoma

It's the best of both worlds, and in this case, it's also the best of both cities by Puget Sound and the dramatic peaks like the snow-capped Mount Rainier. Seattle and Tacoma offer endless Pacific Northwest charms, with a perfect balance of the great outdoors and modern marvels. Explore these cities before or after your last minute cruise from Seattle.

Seattle is a true cultural hub, where world-class technology professionals mix with talented musicians and outdoor sports enthusiasts. Of course, there's the original Starbucks and countless other coffee shops. Delight in the old-fashioned Pike Place Market for a huge variety of food, and a chance to witness some fish-throwing. The views are beyond compare atop the iconic Space Needle, but there's also a nice restaurant. Don't miss the EMP, an outstanding museum for Seattle's historic music scene.

Tacoma, just about 30 miles down the coast from Seattle, also entertains with plenty of dining, shopping, parks, and outdoor sports like hiking, biking, and golfing. Highlights include the Farmer's Market and the Point Defiance Zoo and Aquarium. 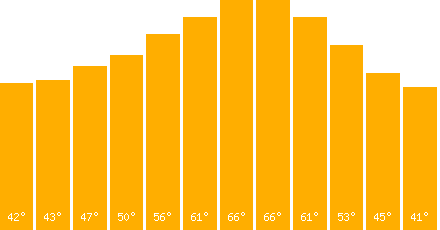 Your Filter has hidden all 544 Cruises

You have chosen the following filters for your search: Page

To see results: Click here to automatically unselect all filters or try unselecting one of the following filters:

Cruises leaving from Seattle head to a number of wonderful locations, and we can help you get there. CruiseDirect is the top source for cheap cruises from Seattle, and we offer the best prices, guaranteed, plus flexible payment plans and no booking fees. Whether you're dreaming of a gorgeous Alaska cruise or a trip to Russia, you can get there with a Seattle departure. Book with us today and save!

When Can You Find Cruises From Seattle?

Seattle's cruise season typically runs from April through October. Here's a sampling of typical Seattle cruise departures throughout the year:

What Are the Best Cruise Deals From Seattle?

Offerings will vary throughout the year, but cruises out of Seattle are often much more reasonably priced than you might think. Here are a few cruise deals for less than $200 a night:

Where Do Cruises Leave From in Seattle?

How Much Is a Cruise From Seattle to Alaska?

Cruises from Seattle, Washington, to Alaska can cost anywhere from $549 to $4,899 a person. The prices of cruises from Seattle to Alaska will vary depending on the type of room you select, the ship you travel on, and the duration of the cruise. Plenty of Seattle cruises take travelers north to Alaska, so you'll have no shortage of options to choose from!

Where Do Cruise Ships Go From Seattle?

Seattle cruises can take you to some beautiful, exciting places, including:

Ports of call for cruises out of Seattle include: